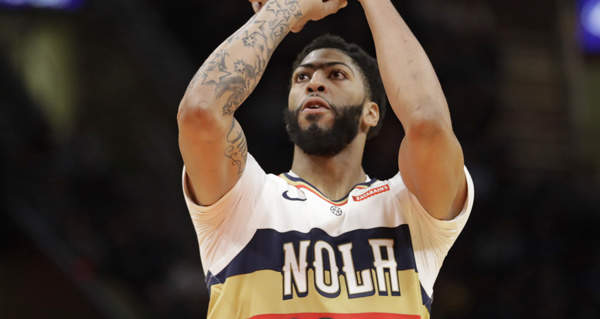 Anthony Davis plans on playing in the 2019 FIBA World Cup in China. Davis, however, faces an uncertain offseason in which he will likely be traded by the New Orleans Pelicans.

"Yes, I plan to play," Davis said to the FIBA World Basketball television program. "I like playing for USA Basketball, playing for the USA team, representing my country, so I plan on playing."

Davis played for the United States in the 2012 Olympics and 2014 FIBA World Cup.

"Those times were very special," he said of representing the USA. "I’d never played international basketball before. And 2012 (Olympics), I didn't really get to play, I was kind of like, you know, the guy who was just cheering everybody on.

"But that experience helped me in 2014, (being) able to help lead those guys and play my part, and getting me used to playing international basketball. And it was a fun experience, and just being able to represent the country and win gold, it’s something I look forward to every time."