Ja Morant: 'I'd Rather Take An Assist Over A Bucket Any Day' 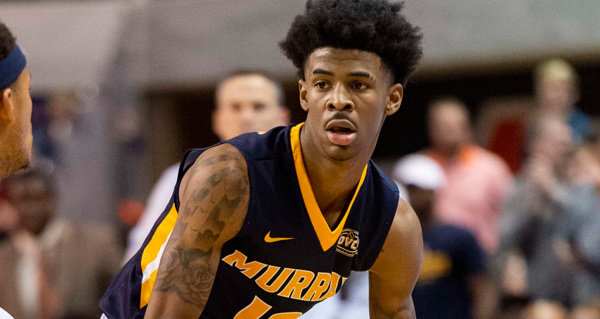 Ja Morant said he wanted to work on his strength and ability to absorb contact as he prepares for the NBA draft.

“Just to get stronger, really. Being able to absorb contact in the league. I’m in the weight room now, actually. Really just my upper body. I’m pretty sure everybody knows that I can jump, so legs are not really a factor. But I do need to work out," said Morant at the NBA combine on Thursday.

Morant then discussed his mentality as a point guard.

“I really don’t try to focus on scoring. I’d rather take an assist over a bucket any day. But I feel like I can score the basketball," added Morant.

Morant also addressed rumors of the Grizzlies' plan to draft him with their second pick.

“I just know Memphis Grizzlies basketball — that’s it. If you ask me about Chicago, I know about the Chicago Bulls, Michael Jordan. I’ve never been to places like that. I’m a big basketball guy, so I probably would know basketball," said Morant after being asked what came to mind when he thought about Memphis.