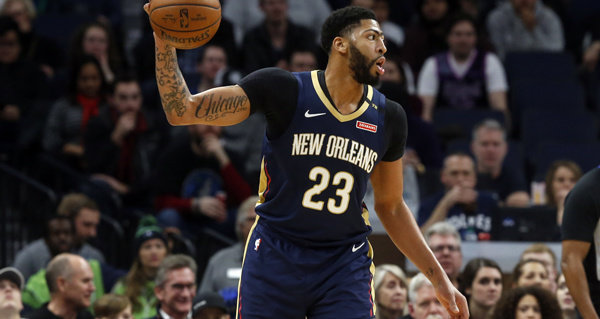 David Griffin has begun listening to trade offers to the New Orleans Pelicans for Anthony Davis, sources tell Shams Charania of The Athletic.

The Pelicans had previously been trying to pitch Davis to stay with the franchise. Davis can be offered a supermax extension this offseason.

Griffin had hoped to convince Davis to drop his trade request by selling him on his vision for the future.

The Los Angeles Lakers, New York Knicks, Boston Celtics and Brooklyn Nets are believed to have the best trade packages, according to rival executives. Davis has the Lakers, Knicks, Los Angeles Clippers and Milwaukee Bucks on his list.