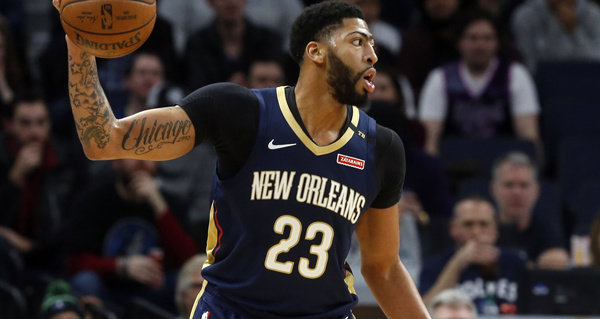 Rich Paul takes umbrage at the suggestion he would attempt to send Anthony Davis to the Los Angeles Lakers to benefit LeBron James.

“Did you say that to David Falk? Would you say that to Arn Tellem?” Paul asks about two other legendary agents in a profile in Sports Illustrated written by S.L. Price. “You’re only saying that because you feel like, ‘Well, Rich wouldn’t be in this position without LeBron,’ right? My thing is: Take LeBron off the Lakers. Are the Lakers not a great destination for an arguably top-two player that went to Kentucky and won a national championship, signed with Nike? For a team that’s had centers from George Mikan to Wilt Chamberlain to Kareem Abdul-Jabbar to Shaq?

“So now, when you add LeBron, that’s what? The cherry on top. LeBron’s 34 years old. Anthony Davis is 26. So when LeBron’s done playing, the Anthony Davis trade is still rolling. What better place to do it than L.A.? If it was L.A.—I never said ‘L.A.’ But there’s no negative to that. Who gives a s--- what you’re talking about, about me trying to help LeBron out? No, I’m not. I’m trying to help Anthony Davis. Now, if helping Anthony Davis helps LeBron in the long run? So be it. But my goal is Anthony Davis.”

Paul then speaks of the New York Knicks, who are the other team atop Davis' list.

“The only difference is, they don’t have as many championships as the Lakers,” said Paul. “They got a tradition. It’s a big market—not that it’s only big markets. They have cap space, flexibility, they’re able to absorb more than one star. What’s wrong with that?”

Paul also confirms that he warned off the Boston Celtics of their interest.

“They can trade for him, but it’ll be for one year,” Paul says. “I mean: If the Celtics traded for Anthony Davis, we would go there and we would abide by our contractual [obligations] and we would go into free agency in 2020. I’ve stated that to them. But in the event that he decides to walk away and you give away assets? Don’t blame Rich Paul.”

Ultimately, any team trading for Davis will do so without any assurances.