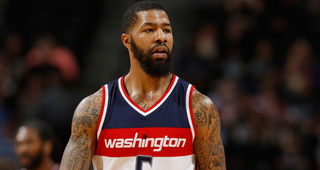 Markieff Morris has agreed to sign with the Detroit Pistons on a two-year, $7.4 million deal.

Morris finished last season with the Oklahoma City Thunder following his buyout with the Washington Wizards.