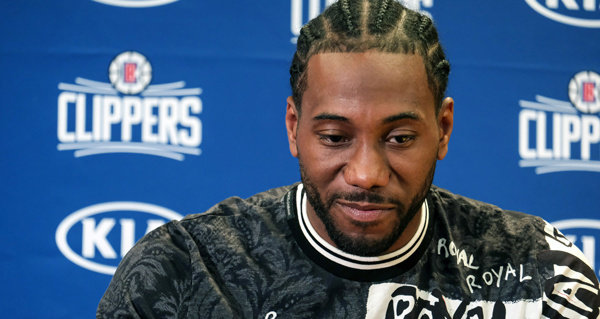 Kawhi Leonard spoke to Paul George about potentially joining him with the Los Angeles Clippers prior to the start of free agency, according to Adrian Wojnarowski.

“The idea that Kawhi Leonard first introduced the idea of trading for Paul George in his meeting with the Clippers, from a list, we know that days before free agency started, well days before, Kawhi and Paul George were talking. Paul George’s agent went to Oklahoma City prior to the start of free agency and said Paul would like to be traded to the Clippers. He wants to play with Kawhi. But, at that point, Kawhi wasn’t allowed to be talking with the Clippers. They couldn’t officially have contact with him until after June 30, 6 p.m," said Wojnarowski on his latest podcast with Brian Windhorst.

Wojnarowski's account contrasts Doc Rivers' story that Leonard picked George from a list of players he'd potentially like to play with as part of the Clippers' free agent pitch.

The league recently passed stricter measures to combat tampering before the start of free agency.