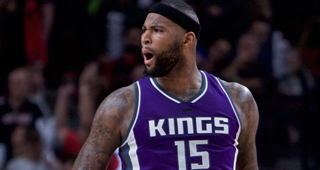 The New York Knicks strongly considered trading the No. 3 pick in the 2015 NBA Draft to the Sacramento Kings for DeMarcus Cousins.

The Knicks were still trying to build around Carmelo Anthony at that point during the tenure of Phil Jackson.

The Kings traded Cousins to the New Orleans Pelicans in February 2017 while the Knicks traded Anthony to the Oklahoma City Thunder in September 2017. Jackson was fired by the Knicks in June 2017.