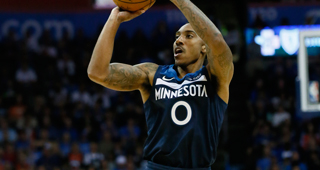 The Atlanta Hawks have acquired Jeff Teague and Treveon Graham from the Minnesota Timberwolves for Allen Crabbe.

Teague will serve as Trae Young's backup for the Hawks.

Teague previously played for the Hawks before he was traded to the Indiana Pacers. Teague is in the final season of a three-year, $57 million deal.

Crabbe signed a four-year, $74.8 million deal in 2016 and will be a free agent this offseason. The deal also creates an open roster spot for the Wolves that can help facilitate another trade before the deadline.