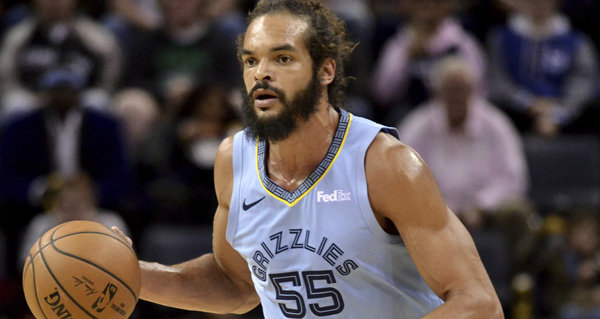 The Dallas Mavericks are in contact with Joakim Noah as they look for depth at the center position, league sources told Tim MacMahon of ESPN.

The team announced that Dwight Powell tore his Achilles' earlier in the day.

The Mavs are reportedly concerned with Noah's health. Noah played 42 games for the Grizzlies last season.

The Mavs are also considering G League and overseas players to fill the position.