Josh Richardson Leaves Game With Hamstring Injury, To Be Re-Evaluated On Thursday 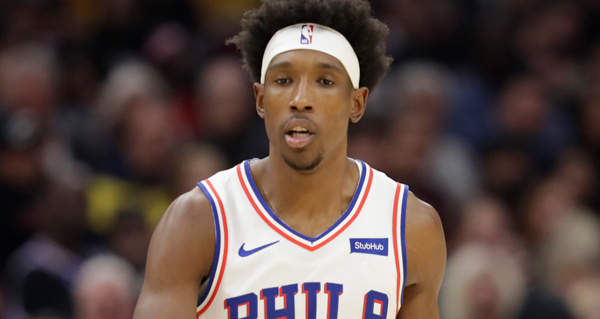 Josh Richardson left the Philadelphia 76ers' 107-95 loss to the Toronto Raptors early in the first quarter due to a hamstring injury. Richardson did not return to the game.

Richardson will be re-evaluated on Thursday.

Brett Brown said that Richardson's injury opened up an opportunity for another Sixers player to step up.

"I see it as an opportunity. Something will happen out of this, where something will emerge. ... They've got a togetherness, and we'll figure this out. And then, in the not-too-distant future, here comes Jo, whatever that means, and we'll deal with J-Rich's injury on the terms I just said," said Brown after the game.