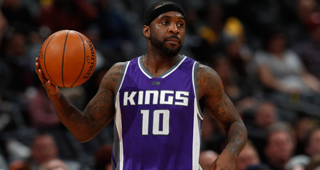 The Chinese Basketball Association has asked American players to return as early as this weekend to prepare for the league to resume in early April.

There are approximately 40 Americans in the CBA, including Jeremy Lin, Lance Stephenson, Tyler Hansbrough and Ty Lawson.

Most foreign players were sent home over the Lunar New Year holiday in late January due to the outbreak of the coronavirus.

Positive signs have emerged in China regarding containment of the virus.

The U.S. Department of State issued a travel advisory on Feb. 2 advising U.S. citizens not to travel to China after the World Health Organization declared a public health emergency.