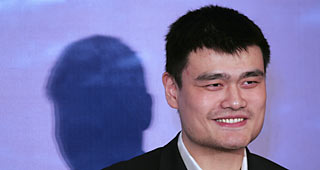 The Chinese Basketball Association is expected to complete its regular season behind closed door, and begin the playoffs immediately after.

Sources also told Jonathan Givony of ESPN that all teams will gather in one or two cities to complete the season.

The CBA is expected to resume in the first week of April.

Four American players returned to their respective teams, or never left the region in the first place. One team reportedly threatened "lifetime bans for players who do not return by March 15" according to a memo received by ESPN.