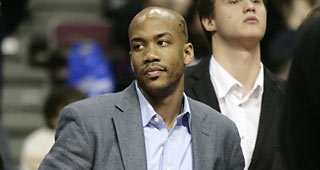 Stephon Marbury has arranged a deal to deliver 10 million N95 masks to New York, according to the New York Post.

Marbury made arrangements with a mask supplier in China to produce masks "at cost" for $2.75 a piece, less than the $7.50 quoted by other retailers.

Marbury reached out to Brooklyn Borough President Eric Adams after learning about the lack of protective masks in the area, as well as their high prices.

“At the end of the day, I am from Brooklyn. This is something that is close and dear to my heart as far as being able to help New York," said Marbury, who currently lives in Beijing.

“We’ve been communicating back and forth with the city and state, and for some reason they are saying they don’t need any more masks, but the hospitals are saying they do,” said Adams, though state health officials later reached out to Adams in an attempt to connect with Marbury.