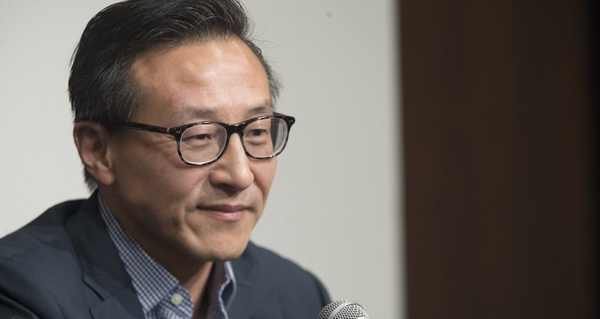 Joe Tsai suggested during a virtual seminar last week that he's under "a gag order" on expressing his opinions on how the NBA should move forward amid the COVID-19 pandemic.

“We’re one individual team but we’re also part of the league, so I’m kind of under a gag order as to what I really think about what the NBA should do,” said Tsai.

Tsai said opinions on what the NBA should do differ depending on the situation teams find themselves in this season and that it seems to follow everyone's self-interest.

“The reality is everybody is still trying to figure things out with the hope that maybe we can reopen the season —the current season— because ... think about this: the Los Angeles Lakers or the Milwaukee Bucks, they’re in first place when the season got suspended. There’s a chance of them going for the championship. Of course, they want to play. The players want to play. The ownership wants to play.

“Then, there are other teams, if you’re in 28th place, maybe this season isn’t that important. So there’s a difference of opinion among the owners as well.”