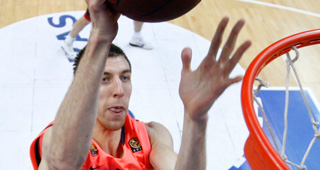 Fran Vazquez is retiring from the NBA at the age of 37 after a long career in Spain.

Vazquez was the 11th overall selection in the 2005 NBA Draft by the Orlando Magic. The Magic retained his rights throughout his career.

Vazquez joined Barcelona in 2006 and remained with the club until 2012.