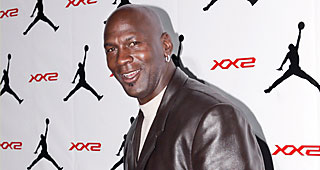 Michael Jordan said he was willing to sign a one-year contract with the Chicago Bulls after the 97-98 season in an attempt to win their fourth straight championship.

Jerry Krause told Phil Jackson that the 97-98 season would be his last with the Bulls no matter what.

But after the Bulls won their sixth title, Jerry Reinsdorf offered Jackson the opportunity to return.

"I said, 'Well, I think I should just take a break,'" Jackson said. "I don't think it's fair to Jerry [Krause], and I know it would be difficult for him to accept that."

Jordan was showed footage of Jackson and Reinsdorf recounting the exchange.

"I can't wait to hear this. We've never had any dialogue about [it]. I've made my own assumptions about it," said Jordan.

As Jordan watched, his eyebrows popped up, and a disbelieving smirk crawled across his face.

Jordan said he would have signed another contract to win their seventh title.