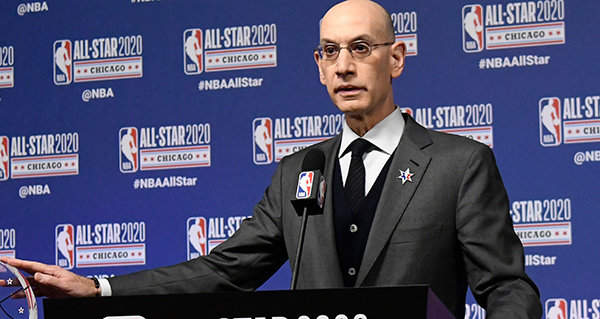 The NBA has entered "exploratory conversations" with Walt Disney Company over possibly restarting its season in late July at Walt Disney World.

"The NBA, in conjunction with the National Basketball Players Association, is engaged in exploratory conversations with The Walt Disney Company about restarting the 2019-20 NBA season in late July at Disney's ESPN Wide World of Sports Complex in Florida as a single site for an NBA campus for games, practices and housing," said NBA spokesperson Mike Bass.

The NBA is still deciding as to what form the league will return, and sent out a survey to all 30 GMs on Friday.

The NBA has a board of governors call set for next Friday to provide additional details, timelines, and plans on how it will proceed with the season.