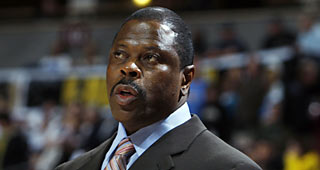 Ewing, who had just finished up his first season as Georgetown coach, was not prepared to leave his position.

Ewing previously stated in 2015 that he would never want a college head-coaching role due to the emphasis on recruiting.

A Georgetown run to the Sweet 16 would improve Ewing's chances of becoming an NBA head coach, according to sources.