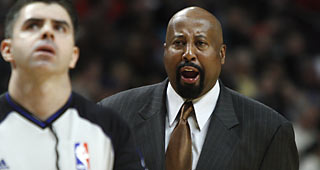 It was Woodson's second interview with the team.

The Knicks are on their second round of interviews with candidates. It is unclear if there will be a third round.

The Knicks are expected to name a head coach by July 31st.