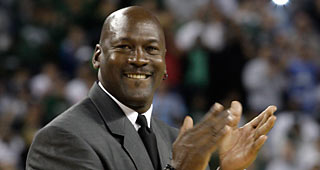 Michael Jordan has emerged as a go-between NBA players and owners.

Jordan is the only Black majority owner of the NBA and reached out to Chris Paul in advance of the owners meeting Thursday morning in hopes of getting a better understanding of what the players hoped to achieve going forward. Jordan also spoke with Russell Westbrook about issues of social justice.

Two participants in Thursday's Board of Governors meeting confirmed that Jordan urged other owners to allow the players to express their frustrations and concerns before offering any of their own solutions.

"Right now, listening is better than talking," Jordan told the group, according to sources.

"Michael is the perfect person to be in this role," said a league official who has been privy to discussions on what should happen next. "He's been a high-profile player who has won championships. He's also the owner of a small-market team. He has great credibility both with the players and the owners."

Sources say owners were unanimous in their support of the players and discussed how they could help amplify the voices of the players.

Jordan has expressed his admiration to current NBA players for taking such a strong stand on racial issues.