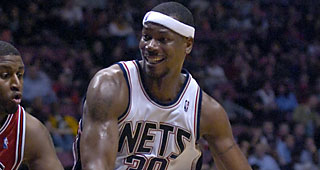 Robinson played 19 seasons in the NBA with the Blazers, Suns, Pistons, Warriors, and Nets.

"He was our first great player. He came from a difficult background in Buffalo, I watched him evolve as a man. ... He was a good man, had a great career, and was instrumental in a lot of the great things that happened at UConn," said Jim Calhoun.