Tom Thibodeau Was 'Enamored' With Dennis Smith Jr. Prior To 2017 Draft 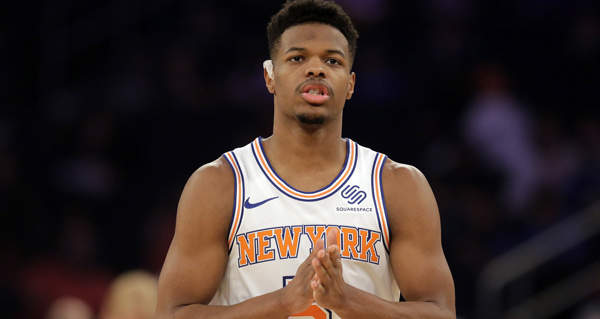 Tom Thibodeau was reportedly "enamored" with Dennis Smith Jr. prior to the 2017 NBA Draft, sources told Ian Begley of SNY.

Thibodeau, who was coaching the Timberwolves at the time, attended Smith Jr.'s private pre-draft workout.

Smith Jr. was drafted ninth by the Mavs that year, then traded to the Knicks in 2019.

Smith Jr. averaged 5.5 points in 15.8 minutes per game last season for the Knicks.