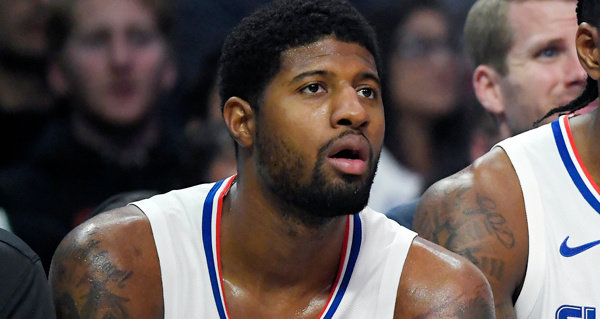 Paul George and Montrezl Harrell got into a heated verbal exchange during a timeout of Game 2, league sources tell Chris Haynes of Yahoo! Sports.

George committed two careless turnovers in less than a minute early in the second quarter, leading to a timeout by the Clippers. Harrell approached George about the risky pass to him while he was surrounded by Jamal Murray and Michael Porter Jr. George didn't take responsibility and argued the pass could have been caught by Harrell.

Harrell responded with something along the lines of, “You’re always right. Nobody can tell you nothing,” and expletives were uttered from both players, sources said.

The incident deescalated as teammates clapped and Doc Rivers took his seat to go over the game plan.

George was also the only player on the Clippers to convey the sentiment that this wasn't a championship or bust type of season for the team.

“I think internally, we always felt this was not a championship or bust year for us,” said George.