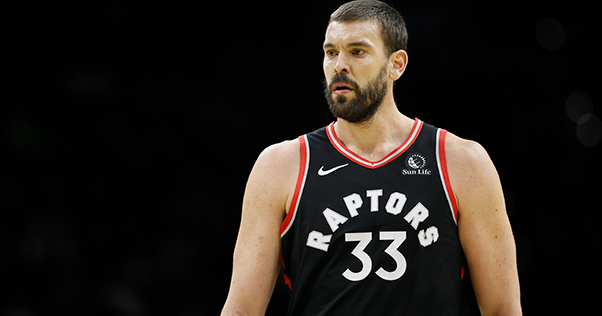 Marc Gasol will consider continuing his professional career in Europe now that his contract in the NBA has ended.

Gasol's decision could hinge on family reasons as he could still command a more lucrative contract in the NBA.

Gasol spent the past season and a half with the Toronto Raptors.

The European season will begin before the NBA even hits free agency, which could complicate his decision.