Ty Lawson Cut From Fujian Sturgeons Due To Conduct 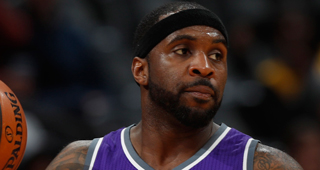 Ty Lawson was cut from the Fujian Sturgeons in the Chinese Basketball Association due to "inappropriate comments" he made on social media.

Lawson, who lead Fujian to a playoff berth last season, had stayed in China during the CBA offseason.

The Sturgeons released a statement saying that Lawson violated the "social responsibilities and core values" of the team.

The 32-year-old Lawson has not commented on the departure.