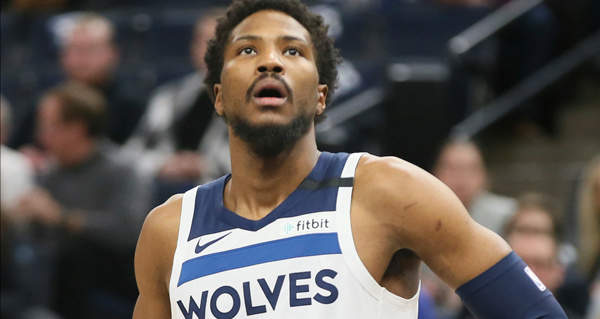 Malik Beasley was arrested in Minnesota for marijuana possession and receiving and concealing stolen weapons, reported Shams Charania and Jon Krawczynski of The Athletic.

The 23-year-old, who was arrested on Saturday night, was released from jail on Sunday with no official charges.

“At the time of the incident, multiple individuals were present at the residence. The allegations against Malik will be defended vigorously," Beasley's attorney Steve Haney released in a statement to The Athletic.

Police have reportedly received multiple trespassing complaints to Beasley's home in the past, according to sources.

“We are aware of the situation involving Malik Beasley and are in the process of gathering information at this time,” said the Timberwolves in a statement.

Beasley will be a restricted free agent after the end of this season.

Beasley averaged 20.7 points and 5.1 rebounds in 14 games since getting traded to Minnesota.