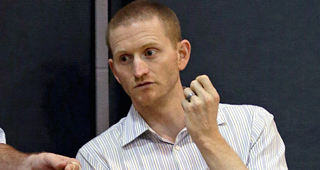 The Sacramento Kings have made a number of front office hires under the direction of new general manager Monte McNair.

Wes Wilcox will join the Kings as assistant general manager, Phil Jabour as vice president of player personnel and Paul Johnson as director of basketball operations.

Wilcox was previously general manager of the Atlanta Hawks.

Jabour joins the Kings from the Philadelphia 76ers, while Johnson was most recently with the Oklahoma City Thunder.