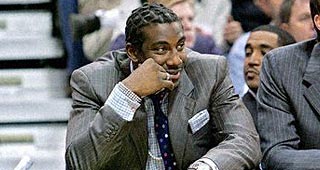 Amar'e Stoudemire has agreed to become an assistant coach on the staff of Steve Nash with the Brooklyn Nets.

Stoudemire and Nash were teammates with the Phoenix Suns from 2004 until 2010.

Stoudemire has mainly played in Israel since leaving the NBA in 2016, leading Maccabi to an Israeli League championship in July while being named Finals MVP.