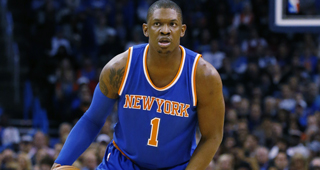 Kevin Seraphin announced his retirement from basketball due to injuries at the age of 30.

Seraphin, the 17th pick in the 2010 NBA Draft, played in the NBA for seven seasons with the Wizards, Knicks, and Pacers.

Seraphin left the league for Europe in 2017, and was inactive for the 2019-20 season with a knee injury before retiring.