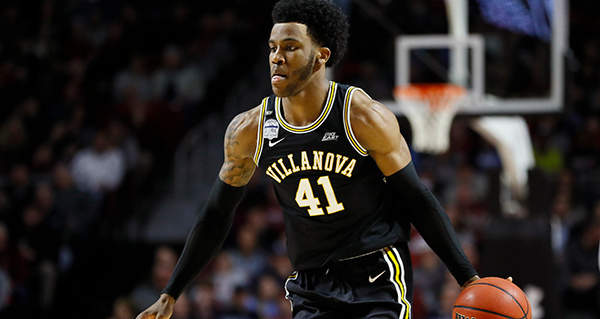 The Golden State Warriors would reportedly "strongly consider" drafting Villanova's Saddiq Bey if the team trades down in the draft, sources told Connor Letourneau of the San Francisco Chronicle.

"According to multiple league sources, Golden State would strongly consider Bey if it trades down to the mid- to late-lottery.

"His winning pedigree, defensive versatility, basketball IQ and offensive efficiency make him an intriguing option as a “3-and-D” wing in the Warriors’ system," reported Letourneau.

The 21-year-old Bey is currently ranked No. 18 in ESPN's Best Available.

The Warriors were most recently "blown away" by Dani Avdija's during his private workout.