Rockets Have Given Up Keeping James Harden, Will Be Patient With Trade 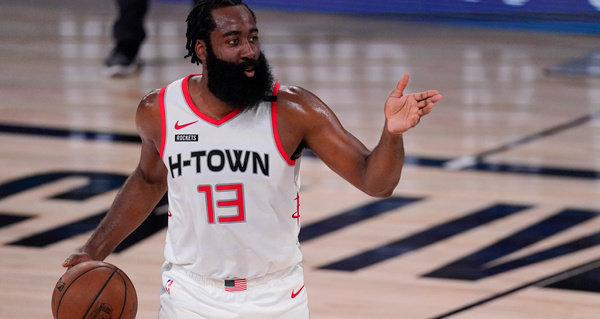 The Houston Rockets have come to the realization that James Harden would like to move on from franchise and his mind is made up, but they are not preparing to rush into a trade to his preferred destination.

Houston previously has said they are "willing to get uncomfortable" with the Harden situation.

"The sense I get from the Rockets is that their ambition, their goal, their hope is no longer about salvaging the relationship with James Harden and kind of getting him on board," said Tim MacMahon on the Brian Windhorst Podcast. "There's a realization, you know, his mind is made up. He wants out and there is a determination to say 'Okay, we get it. This happens in the NBA, but just because James Harden wants out doesn't mean he gets to dictate where and for what [he's traded].

"James Harden got to dictate the Russell Westbrook trade last summer. Tillman [Fertitta] liked it too at the time. Don't get me wrong. James Harden was the driving force behind that trade. That was no secret.

"Harden doesn't get to say where he's traded and basically force the Rockets to take a package that is 60 cents on the dollar for a perennial MVP candidate. I think what the Rockets are doing right now is they're prepping for the post-Harden rebuild."

MacMahon also reported what the Rockets are seeking for Harden.

For the Russell Westbrook situation, there isn't a trade for them to make so they hope to keep him for now and he could possibly increase his trade value.