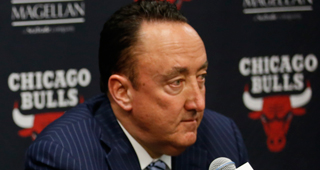 The New Orleans Pelicans have hired Gar Forman as a special advisor with a focus on scouting.

Forman was fired by the Chicago Bulls this year after spending more than two decades with the franchise. Forman began his career with the Bulls as a scout and then became general manager in 2009.

The Pelicans' front office is run by David Griffin and Trajan Langdon.