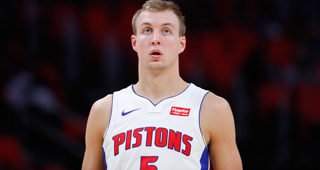 The Los Angeles Clippers and Luke Kennard have agreed to a four-year, $64 million extension. Kennard's deal includes $56 million in guaranteed money with a majority of the incentives considered reachable.

Kennard was traded by the Detroit Pistons to the Clippers this offseason.

Kennard has battled injury issues and only played in 28 games last season.