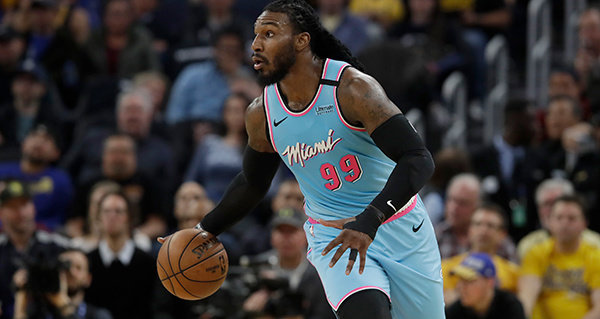 Jae Crowder left the Miami Heat in the offseason to sign with the Phoenix Suns on a three-year, $30 million deal. While the Heat were attempting to preserve their 2021 cap flexibility, Crowder was seeking a multiyear contract on the open market given his age.

"Jae was like, 'At this point in my career, I need a multi-year contract.'"

Crowder signed a five-year, $35 million contract with the Boston Celtics in 2015, which became one of the NBA's best bargains during the lifespan of the deal. Crowder was traded four times on the deal from Boston to Cleveland to Utah to Memphis to Miami.

The Heat have appeared to miss Crowder to start the season as they've struggled to regain the form they displayed during the playoffs.