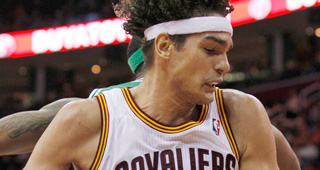 The Cleveland Cavaliers have applied for a hardship exception in order to sign Anderson Varejao.

The Cavaliers are hoping to be awarded an extra roster spot.

Varejao last played in the NBA during the 16-17 season with the Golden State Warriors. Varejao played for the Cavaliers from 2004 until 2016.