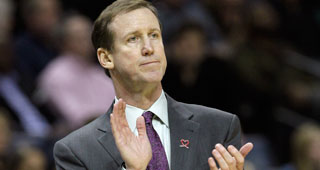 The Portland Trail Blazers are likely to part ways with Terry Stotts this offseason unless the team goes on an impressive run in the playoffs, according to a source who spoke with The Athletic.

Stotts has one season remaining on his contract.

Sources also tell The Athletic that Stotts has less player support than he had in the past.

The Blazers prefer a high profile coach to replace Stotts should they move on from him.