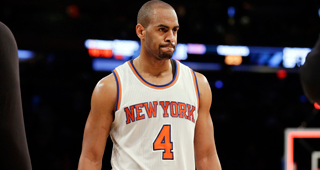 Arron Afflalo plans to renew his attempt to purchase the Minnesota Timberwolves now that an exclusive window of negotiation with another group has expired.

Glen Taylor announced on April 10th that he intended to sell the franchise to a group headed by Mark Lore and Alex Rodriguez.

Taylor previously had a similar window of exclusivity with Daniel Straus and similarly expired without a deal.