Ben Wallace To Be Inducted Into Hall Of Fame In 2021 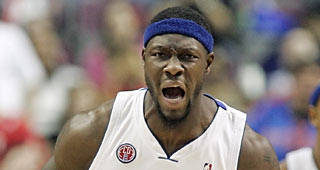 Ben Wallace will be inducted into the Naismith Memorial Hall of Fame as a member of the class of 2021, sources told Marc J. Spears of The Undefeated.

The entire 2021 class will be announced on Sunday.

Wallace, whose No. 3 jersey is retired by the Pistons, began his career going undrafted in 1996. Wallace won a NBA title in 2004 and was a four-time All-Star.

Wallace is currently the owner of the G League Grand Rapids Drive.