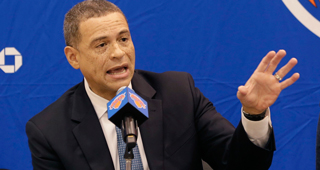 Scott Perry signed a one-year contract extension with the New York Knicks in April of 2020 following the departure of Steve Mills and the hiring of Leon Rose.

"I think someone should want to hire him," replied Ramona Shelburne.

"I'll get in trouble for saying this because it will get aggregated, but I hear Scott Perry will be around the Knicks longer," said Windhorst. "He will be. I hear it is all going to be worked out."

The Knicks initially hired Perry during the 2017 offseason.