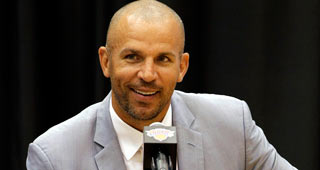 The Portland Trail Blazers will reportedly decide between Jason Kidd and Chauncey Billups as their next head coach, sources told Shams Charania and Jason Quick of The Athletic.

Damian Lillard prefers Kidd, while the franchise is leaning towards Billups, according to sources.

“He’s all I’ve known in this league as a coach,” said Lillard about the team parting ways with Terry Stotts. “In nine years, you have your frustration in competition, but I enjoyed all nine years, and always played to give him the best chance to keep his job.”

There were concerns in the Blazers organization over the inability of Stotts to make in-game adjustments.