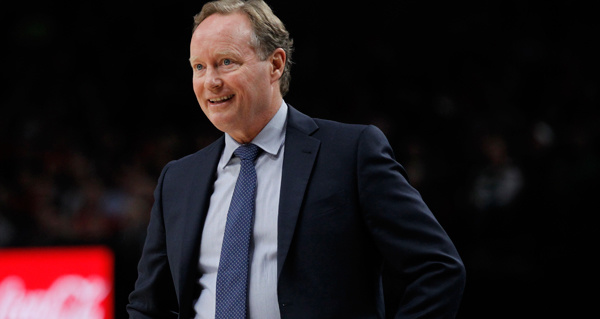 The future of Mike Budenholzer as head coach of the Milwaukee Bucks appears to be far more secure now that they've advanced to the Eastern Conference Finals than it did when they were down 0-2 to the Brooklyn Nets.

"Mike Budenholzer knew coming into this season that his future in Milwaukee would be judged by his postseason performance," said Adrian Wojnarowski on NBA Countdown on Sunday. "He's gone through Miami and now he's gone through the Brooklyn Nets into the Eastern Conference Finals. I'm told that has gone a long way in securing Mike Budenholzer's future in Milwaukee. He has one year left on his contract."

Wojnarowski previously reported that the Bucks would likely part ways with Budenholzer if their postseason run "ended in a thud."

The Bucks will play the winner of the Philadelphia 76ers and Atlanta Hawks series.