Scottie Barnes Has Momentum To Go In Top-5 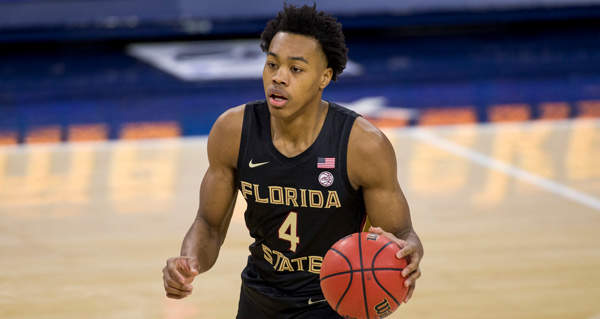 The 2021 NBA draft has long been considered to have a clear top-5, but Scottie Barnes has emerged as a candidate to join the mix with Cade Cunningham, Jalen Green, Evan Mobley, Jalen Suggs and Jonathan Kuminga.

Barnes was the only lottery prospect who participated in all facets of the combine and tested well.

"Barnes has significant momentum coming out of Chicago and looks like a real threat to crack the top five on draft night," writes ESPN. "He's getting looks as high as No. 4 from Toronto, is strongly in play with Orlando at No. 5 and looks unlikely to fall past Oklahoma City at No. 6. This draft has been described as a five-player draft for much of the season, but Barnes has done what he can to deconstruct that narrative and put himself firmly in that group."