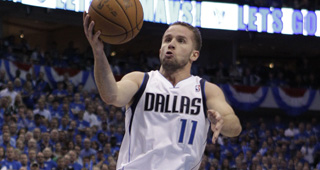 “We’ve talked to JJ, so we will work to see if that’s feasible this season.” Kidd said. “But we do have a plan for past Mavs who do want to get into coaching.”

Chandler, Barea and Terry each played with Jason Kidd on the Mavericks.

“There’s a lot of work, there’s long hours that are put in. That’s something that we want to set up as a program this summer in summer league is to invite Tyson Candler (and) JJ to summer league to participate to see if they really want to do it.”