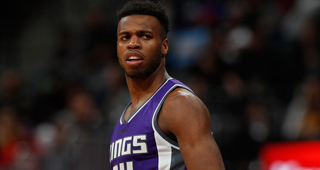 The Los Angeles Lakers and Sacramento Kings have discussed a trade centered on Buddy Hield for Kyle Kuzma, sources tell The Athletic. The Lakers are seeking an upgrade in the backcourt and have also been linked to free agents Kyle Lowry, DeMar DeRozan and Spencer Dinwiddie.

The Kings previously had interest in Kuzma via trade. Kuzma signed a three-year, $40 million extension with the Lakers before the 20-21 offseason.

Adrian Wojnarowski reported on Sunday that the Lakers have been incredibly aggressive in offering Kuzma and Kentavious Caldwell-Pope around the league.