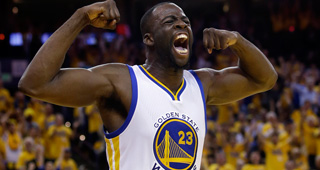 Draymond Green has often taken an active role in the Golden State Warriors' draft preparations and offered Bob Myers early endorsements of the two players the team ultimately would select on Thursday. The Warriors selected Jonathan Kuminga at No. 7 and Moses Moody at No. 4.

“He texted me after the third or fourth pick and said, ‘Kuminga,'” Myers shared during his post-draft news conference. “And I said, ‘We’ll see if he’s there.'”

“At about the ninth pick he said ‘Moody,'” Myers said.