George Hill To Sign With Bucks After Release From 76ers 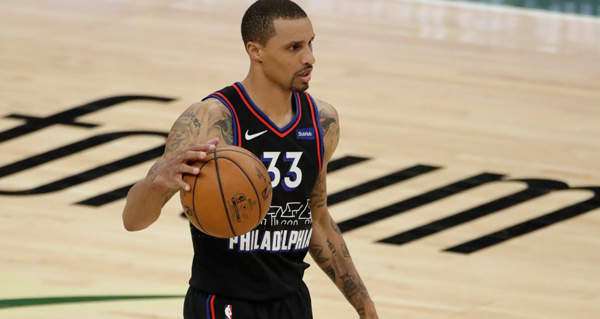 Veteran guard George Hill is set to sign with the Milwaukee Bucks after he clears waivers following a release from the Philadelphia 76ers. Hill was sent from Milwaukee to the Oklahoma City Thunder as part of the trade that brought Jrue Holiday to the Bucks. The Thunder then traded Hill to the Sixers at the trade deadline.

Hill was scheduled to see his $10 million dollar contract with the 76ers become fully guaranteed if he wasn't waived by August 3rd. Philadelphia will carry a cap hit of $1.3 million for Hill. Hill will return to the Bucks to give them some much-needed guard depth behind Holiday, Khris Middleton and Donte DiVincenzo.