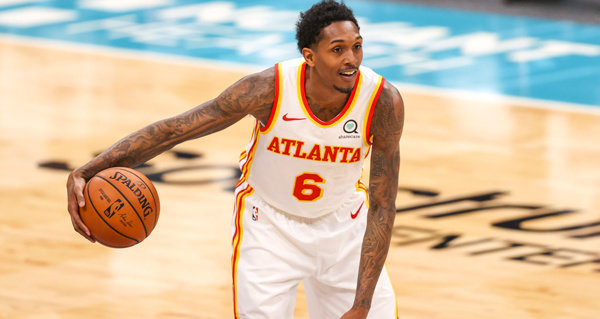 Veteran guard Lou Williams is re-signing with the Atlanta Hawks for $5 million for one season. Williams was traded to Atlanta from the LA Clippers at the 2021 trade deadline.

The upcoming season will be Williams' 17th year in the NBA. He's a three-time winner of the Sixth Man of the Year award, garnering nods in 2015 and in back-to-back years in 2018 and 2019.

Last season, Williams averaged 10 points per game with the Hawks as Trae Young's backup. Atlanta also re-signed John Collins and Solomon Hill, as they look to improve upon last season's run to the Eastern Conference Finals.