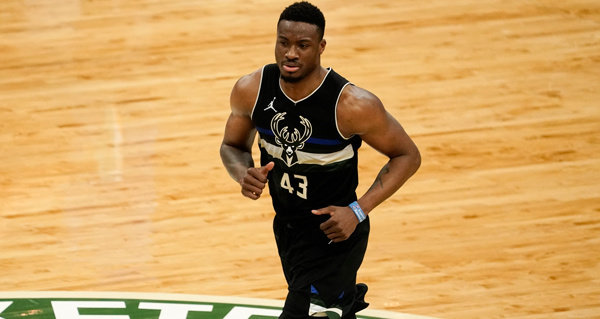 The Milwaukee Bucks have agreed to a new two-year contract with forward Thanasis Antetokounmpo. Antetokounmpo had previously been an unrestricted free agent.

Antetokounmpo has spent the last two seasons in Milwaukee. In 2020-21, he saw an increased role, as he played in 57 regular season games and then 13 postseason games. While Antetokounmpo's offensive game hasn't developed beyond finishing around the rim, he's known to be a rugged defender who pushes his teammates in practice.

An added benefit for the Bucks is that Thanasis Antetokounmpo is the older brother of superstar Giannis Antetokounmpo. The two have openly talked about how much they've enjoyed playing together. The duo was recently seen celebrating Milwaukee's 2021 championship back in their home country of Greece.