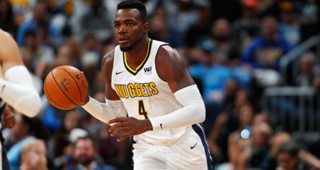 The Golden State Warriors and Brooklyn Nets are both rumored to be interested in signing Paul Millsap. The veteran big man is an unrestricted free agent after playing the last four seasons with the Denver Nuggets.

Millsap joined Denver in 2017 after four seasons with the Atlanta Hawks. Millsap was an All-Star for all four years with the Hawks.