Pacers Will Look To Trade Jeremy Lamb This Season 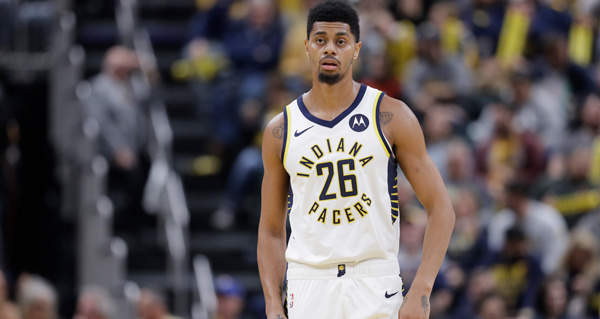 The Indiana Pacers have a bit of a logjam with wings and it looks like Jeremy Lamb will be the odd man out. The Pacers will reportedly look to trade Lamb once he proves he is fully healthy from a torn ACL suffered in 2020. Lamb averaged 10.1 points per game in the 36 games he played after returning from the injury in late-January.

The Los Angeles Lakers and one of Lamb's former team, the Charlotte Hornets, have both expressed interest. The challenge for the Lakers will come in matching salary in a trade for Lamb and his $10.5 million salary.

Indiana hasn't made many changes to their roster this offseason. They lost forward Doug McDermott and added wings in veteran Torrey Craig and rookie Chris Duarte. The addition of Craig and Duarte leaves the Pacers with an abundance of wing options. They join starters Caris LeVert and TJ Warren, and backups Justin Holiday and Edmond Sumner. That has Lamb available on the trade market.